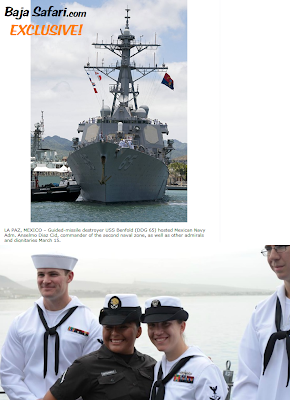 Guided-missile destroyer USS Benfold (DDG 65) hosted the Mexican commander of the second naval zone, as well as other officers and dignitaries March 15.

Mexican navy Adm. Anselmo Diaz Cid was given a tour of Benfold's new Integrated Bridge and Engineering Plant as well as the Combat Information Center.

"What a spectacular ship," Cid said.

During lunch, many topics were discussed, including the integration of women aboard Mexican navy surface ships. Benfold's Commanding Officer, Cmdr. Dave Oden, was asked how it was accomplished in the U.S. Navy.

"Frankly it was an easy decision for us, some of my best officers and Sailors are women and their contribution to our readiness and mission cannot be overstated," said Oden.

"Cid and the other admirals were wonderful to talk with, and in particular I really enjoyed discussing our mutual positive experiences in the Surface Navy," said Lt. Robin Taylor, Benfold's supply officer

U.S. 3rd Fleet's international relationships strengthen the ability to respond to crises and protect the collective maritime interests of the U.S. and its allies and partners. 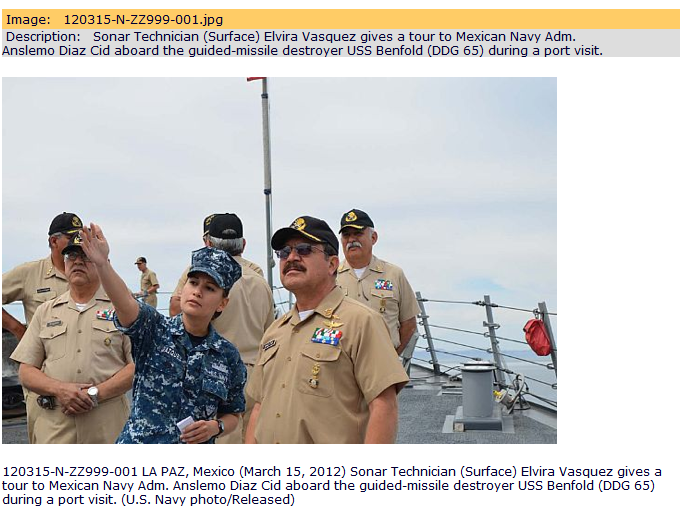